Is there a better feeling than reading a really good book for the first time? Maybe just one: the chance to enthusiastically recommend that book to your friends, family, and anyone else who’ll listen. And, in all honesty, a few people who won’t listen either.

It is precisely that rare delight that the latest announcement for Kobo Plus, the monthly e-book subscription service, comically taps into. The exciting ad, from creative agency The Garden and directed by Someplace Nice’s Pete Henderson, portrays an inspired reader who, despite all the interruptions in the world, can’t help but recommend her latest read on Kobo Plus.

Playfully, the ad subtly takes aim at bigger players in the e-book space by presenting Kobo as the home of readers’ guilty pleasures. Instead of paying homage to the highbrow classics everyone has read (or, perhaps more likely, claims to have read), Kobo’s posts celebrate the joys of true-crime mysteries, paranormal fiction, and the occasional helping of smut. What could not be loved?

But, as many creatives and filmmakers can surely attest, capturing subtle comedy on screen is much easier said than done. And so, to go behind the scenes of this announcement, LBB sat down with director Pete Henderson, along with creatives Lindsay Eady, Nuala Murray and Mriga Suchdeva…

Above: The latest announcement from the Kobo Plus eBook subscription platform taps into a universal joy any avid reader can relate to.

LBB> Hi Pete, what was the initial client brief for this ad and how much creative freedom did you have?

Pete> Honestly, I read the script and immediately prayed, on my knees, that it would be approved and the client would know what they were getting into, because I didn’t want to change a word! I didn’t need any freedom, I just trust that I keep this as funny on screen as it was on the page.

LBB> And Nuala, what kind of ideas or inspiration led you to the idea behind this ad?

Nuala> There is so much pressure on what everyone reads these days. It seems like it’s become much more about the influence, rather than just genuinely enjoying what you’re reading. And the Kobo Plus reader reads these indulgent, true crime or smutty eBooks that you’ll never see on the New York Times lists or in celebrity book clubs, so they definitely get some social shade for that.

While I’m not a genre reader, I do have my own guilty pleasures like Top 40 and reality TV, so I know what it’s like to sneak a peek at the things you love. We wanted to fight this sentiment and empower people to own their favorite genres and be so proud of their e-books that they’re shouting it from the rooftops (and to seven-year-olds).

LBB> And what references or inspirations did you take to achieve that comic tone?

Pete> The references came from everywhere, everyone on the team remembered scenes and shows that reminded us of the kind of comedy we were looking for. Of airplaine!’ to ‘Bridesmaids,’ we simply wanted to break up our heroine’s polished exterior with her desire to drop the f-bomb in the context of literature.

Above: 2011’s Bridesmaids was one of several benchmarks for ad sensation.

LBB> From a creative point of view, how did you settle for the specific situations we see in the film?

mriga> We wanted to capture the everyday moments when people can relate to themselves by reading. At the same time, we chose situations where the sound effects felt like a natural part of the set: we didn’t want it to feel over the top (but still disturbing enough to elicit laughs). .)

From morning coffee to after-school pickup, we make sure our main character goes about his usual daily life, letting people know what he’s reading without giving a shit.

LBB> More generally, what convinced you that comedy was the right tone to promote Kobo Plus?

lindsay> Giving people “permission” to dock their favorite guilty pleasure books felt inherently comical. Plus, we were able to have fun with real book titles from Kobo Plus. Some of our alternate titles were DILF and GILF – the G stands for Granny.

LBB> Pete, what steps did you take to make sure that ironic tone came out in the session?

Pete> For that, all credit must go to Jordana Lloyd, our leader. She just delivered a contained and repressed character and then we inserted profanities that she delivered as if she were at a cocktail party. The formula was to play frankly and find a slight arc of frustration when interrupted.

What finally generates the comedy is the interruption of the flow of the heroine. It’s dying to trumpet the name of this book and swear with sophistication. So when that opportunity is repeatedly denied him, he finally explodes with royal profanity that lacks haughtiness or elegance.

LBB> In addition to being fun, the ad really captures the feeling of reading something great and feeling compelled to share it with others. How do you go about creating that feeling as a filmmaker?

Pete> Through the sheer repetition of the same line, with another interruption, the compulsion to share becomes stronger. All that can change is the behavior of our protagonist, who is too excited not to say anything. It was just about keeping the rhythm and letting the performance amplify the intensity and ultimately the laughter.

LBB> And what kind of role does reading play in your own personal or creative life?

lindsay> Reading helps me be a better writer and creative in general, and fires up my imagination in a way that binge-watching Netflix can’t. Like radio, it involves a theater of the mind.

Pete> For me, reading is like deciding to do a deep clean. It starts off slow, but once you’re in and you put your head down, it’s all you can do or think about until it’s ready. So I’m very glad I did.

LBB> Did you come across any interesting challenges while filming? If so, how did you overcome them?

Pete> The only concern we had going in was cursing the kids. We briefed the parents days before the shoot, and they all said it was nothing the kids hadn’t heard before. I thought it was pretty healthy, in all honesty.

LBB> And finally, what was your personal highlight of working on this campaign?

Nuala> Seeing every person we work with, from concept to production, trying to keep a straight face while saying “Clusterf*ck” in a meeting.

mriga> The highlight for me was accepting that I love reading psychotic murder books. And that it’s okay to be a weirdo.

lindsay> Being denied by Telecaster over and over again. And again one more time.

Pete> The highlight was take one, take one, when you realize that the talent will carry this idea on their shoulders and do all the heavy lifting. That gave the production the opportunity to make things as visually interesting as possible, knowing that this would never overpower the performance. Directing simply by looking, without evaluating or adjusting, is a rarity. Jordana Lloyd, our leading lady, was the highlight. 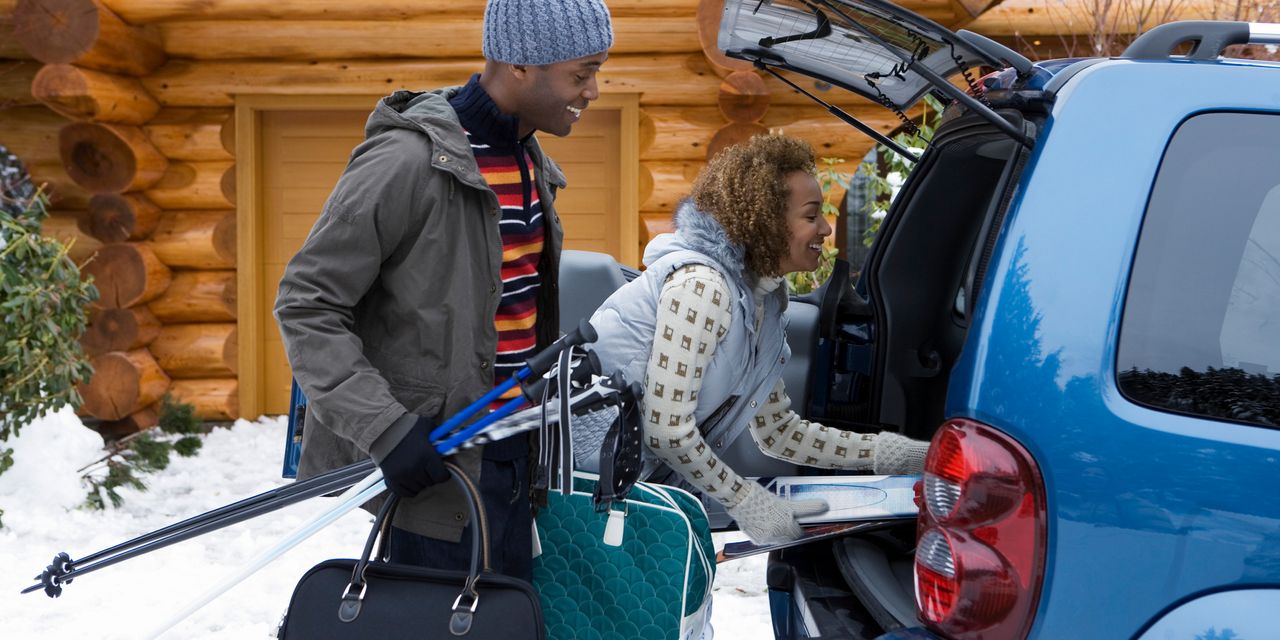